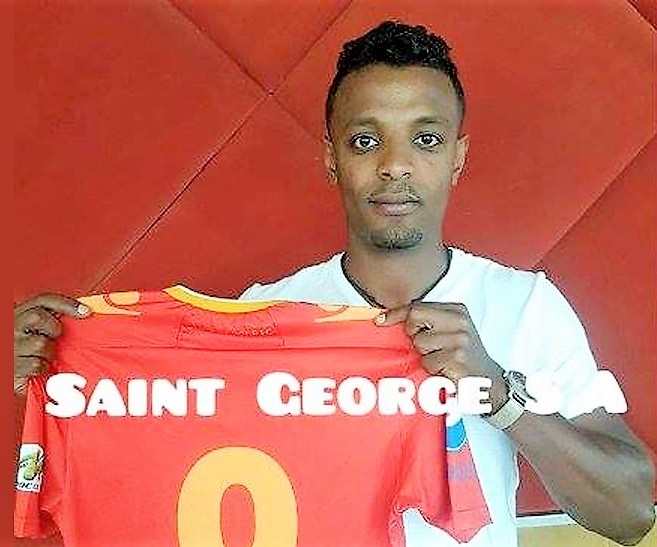 St. George, a side which seems to be facing problems in the striker’s department, have now signed a striker looking to end the woes of last year. The Horsemen signed Dedebit forward Getaneh Kebede and announced the signing of the Ethiopian national team forward Getaneh in its official Facebook page.

Former South African club Bidvest Wits player, Getaneh has put pen to paper on a contract which sees him tied down to the club for two years. The signing fee, however, is undisclosed by the Horsemen. It is rumored that the forward will earn a 250,000 birr per month salary. Getaneh was linked with Ethiopia Coffee and champions Jimma Aba Jiffar before signing for the Horsemen.

Getaneh, after joining Dedebit in 2010, was a key player in their title winning 2012/13 season. Soon after, he moved to South Africa in 2013 and stayed for three years playing for Bidvest Wits and University of Pretoria on loan. He has been named top goal scorer three times and in 2016/17 EPL season, where he broke a top goal scoring record which stood for 16 years netting 25 goals.

The new signing is expected to make an immediate impact and strengthen the squad further.