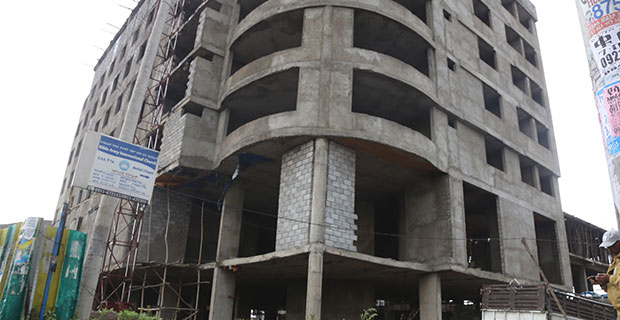 Bon Hotels, a South Africa-based hotel management company, has partnered with a local property developer to triple its presence in Addis Abeba.

Ayal Tizaz, a local businessman, invested 300 million Br to construct the seven-storey hotel. The property, located close to German Square on Guinea Bissau Street, has 115 rooms. Ozzie Business & Hospitality Management Group, founded by Kumneger Teketel, facilitated the deal, negotiating on behalf of Ayal Tizaz, who is in the freight transport and export business.

Bon Hotels, founded in 2012, will manage the hotel for 15 years. The property, which sits on a 1,500sqm plot, is expected to be open within two years. The property will host two restaurants, three conference halls with the capacity to hold up to 400 guests, bars, a swimming pool and a parking lot with 70 spaces.

The management fee for Bon, which will operate the new hotel under its trademark, will be 15pc to 20pc of annual revenues. The owners and management company consider the property to be a four-star hotel.

The construction of the hotel was started three years ago, according to Kumneger, managing director of Ozzie.  The skeleton of the building is already complete, and the finishing work on the interior are underway, reported the manager.

Bon initiated its first management deal in Ethiopia three years ago, through local property developer Tadal Trading Plc, with the opening of the 72-room Bon Plaza around Rwanda, on African Avenue. A few months ago, it entered into another deal with Bahiru Abraham, a local businessman, to operate an 82-key hotel just next to Dembel City Centre, on African Avenue, Bole corridor. The hotel is expected to open its doors for service in the next two months.