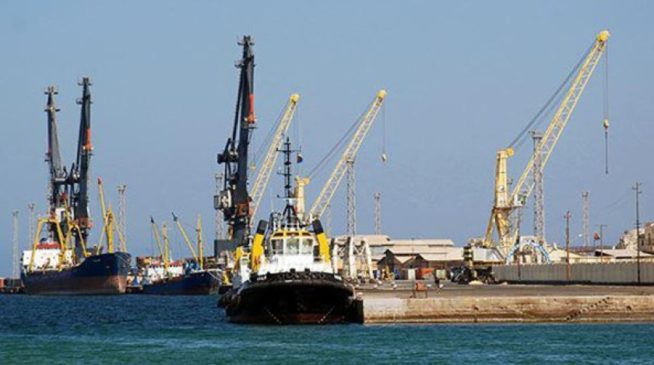 Addis Ababa – Preliminary preparations are underway for Ethiopia to start using the Port of Assab in Eritrea, the Ministry of Foreign Affairs  of Ethiopia disclosed here.

In a press conference he gave here today, spokesperson, Meles Alem said that preliminary activities are being carried by both sides to make use of the port as per the agreement signed recently by the leaders of two countries..

Ethiopia and Eritrea have agreed to strengthen diplomatic and economic ties between the two countries including transport, trade and telecommunication.

Accordingly, Ethiopia has started repairing the road to the port of Assab, he said, adding similar work is in progress from the Eritrean side.

A task force drawn from the Ministry of Transport; Ethiopian Maritime Affairs Authority and Ethiopian Shipping and Logistics Services Enterprise has already established to follow the implementation, he indicated.

Furthermore, he noted the two nations are working to forge friendship and ties between the two people, especially those living in the border areas.

The two countries have already started activities that would help to restore diplomatic ties, the re-opening of the Eritrean Embassy in Addis Ababa this week is one of the steps.

According to Meles, Ethiopia is also working to re-open its embassy in Asmara to forge diplomatic ties.

President Isayas Afewerki has made a historic visit to Ethiopia last weekend, with the aim facilitating the normalization process.

Isayas’ visit comes after the historic visit of Ethiopia’s Prime Minister Abiy Ahmed to Asmara in a bid to thaw the relation between the two countries.