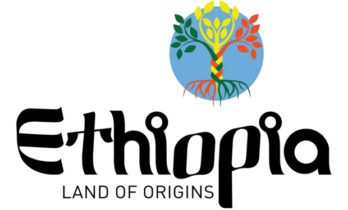 ]Addis Ababa -March 23/2018 – Ethiopia said it has been misrepresented in the 2017 Travel and Tourism Competitiveness Index, the Ministry of Culture and Tourism disclosed.

Contrary to facts recognized by the government and UNWTO, the report used data that do not indicate the real performance of the country, Gezahegn Abate PR Director at the Ministry told ENA.

The Travel and Tourism competitiveness Index (TTCI) that covers 136 economies across the world put Ethiopia at 116th.

Enabling environment, tourism and travel policy, tourist friendly infrastructures – air and land, and natural and cultural resources, are among the indicators used to rate the position of the countries.

The report contradicts the data recognized by the government and World Tourism Organization (UNWTO) and the findings were full of subjective assertions, Gezahegn said.

According to the World Travel and Tourism Council Economic Impact 2017, leisure spending contributed 76.1 percent to GDP while business spending including conference covered the remaining 23.9 percent.

According to TTCI, the average receipts per arrival is 457.1 USD, contrary to data confirmed by the Ethiopian government and UNWTO.

Statistics from the government and UNWTO shows that tourists spend 234 USD in average per day. As they are estimated to stay 16 days in average, the average revenue per arrival could reach thousands.

Ethiopia, among the countries which have better domestic connections in the continent, ranked 111th by the report, the country has also quality roads linking tourist sites, Gezahegn added.

“I would like to express the situation in two ways. One, they don’t know Ethiopia well and the second they made the report based on their own intention”, he affirmed.

Ethiopia, the 2015/16 top destination in the world for tourists of the European Council on Tourism and Trade, ranked 69th and 70th for natural and cultural resources respectively by TTCI, which is absurd, the director said.

For Sileshi Girma, Advisor to the State Minister, similar figures are not expected at all variables but gaps can be closed, since standards and indicators vary in such assessments.

According to him, the only solution to resolve such controversies permanently is using Tourism Satellite Account (TSA), a standard statistical framework and main tool for the economic measurement of tourism.

“At a country level, the best solution could be using the Tourism Satellite Account (TSA). TSA means enabling a country to collect evidences including total revenue from tourists, enabling to know every costs of tourist and for what purpose they expend it, tourism contribution for national economy, the impact of tourism compared to other sectors, among others”.

He said it is important for Ethiopia to start using this system allows harmonization and reconciliation of tourism statistics from an economic perspective, to end such controversies.