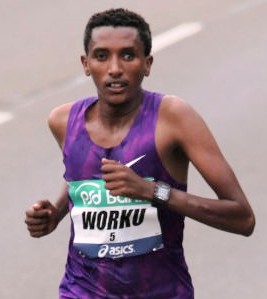 More than 25,000 runners participated  in the largest single-day sporting event in the city.

This was the third victory for Bazu in the Houston Marathon. The men’s half-marathon race was won by Jake Robertson –from New Zealand.

In the women’s races, Biruktayit Degefa won in the full marathon while her fellow compatriot Ruti Aga, scored victory in the half marathon competition.

The domination of Ethiopian athletes at the Houston Marathon is quite amazing as they have been victorious in the men’s category  since 2009. The women’s domination goes a little further as they have also won consecutively since 2007.