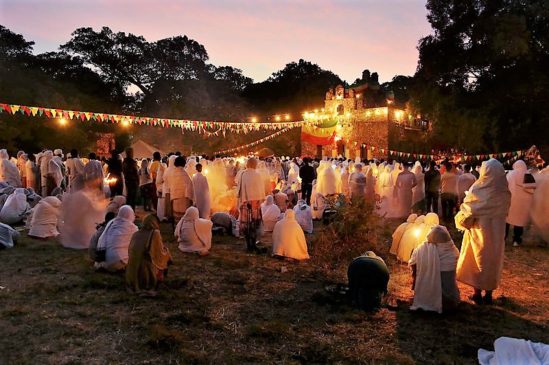 In 2016, Ethiopia earned a new moniker: “The Land of Origins.” The nickname — which serves as Ethiopia’s official tourism motto — emphasizes the country’s long and rich history, staking its claim as the source of humankind (the earliest remains of our human ancestors were found here); the birthplace of the premier wild coffee plant known as Arabica; and the beginning of the Blue Nile, earth’s longest river. And that’s just for starters.

Indeed, with countless ancient churches and monasteries, remains of palatial complexes and medieval forts, and wildly varying (but all astounding) landscapes, Ethiopia offers plenty of sights and scenery for travelers of every ilk. Thousands of its heritage sites have been registered at the national level, while 9 have made it to UNESCO’s prestigious World Heritage Site list — the largest number for any African country.

Here, we provide an introductory glimpse of those Ethiopian giants to receive UNESCO’s recognition, beginning with Simien Mountains National Park; as one of the original 12 sites honored with the designation back in 1978, the park feels like a fitting starting point to showcase the natural and cultural wonders of the Land of Origins.

The first of Ethiopia’s sites to be deemed UNESCO-worthy, Simien Mountains National Park presents a seemingly unending array of rugged gorges and jagged cliffs, including the highest peak in the country, Ras Dashen. Many endangered species, such as the walia ibex (Ethiopian mountain goat), the gelada baboon and the Ethiopian wolf, also call this area home.