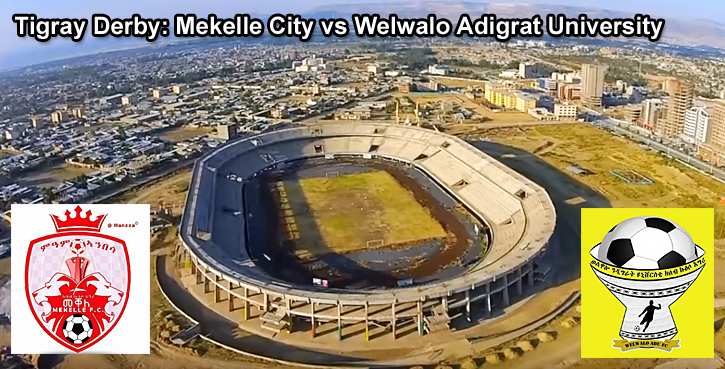 The Ethiopian Premier League (EPL) is to be staged across the country this weekend. Defense FC will face Woliata Dicha on Saturday at the Addis Ababa National Stadium while Adama City host Dedebit FC. The other highly anticipated match of the weekend is the Tigray derby where Mekelle City will play against rivals Welwalo Adigrat.

After repeated rescheduling, the Ethiopian Premier League commenced last week with six matches being played across regional towns. Two matches – St. George vs. Dire Dawa City and Ethiopia Coffee vs. Sidama Coffee – were postponed due to the 2018 CHAN playoffs.  In last week’s matches Woldia and Jimma Aba Jifar won their respective fixtures while Dedebit and Wolaita drew in their first games of the season.

This weekend, with the exception of one match, five matches will be played in regional stadiums. In the most anticipated match of the weekend, Adama City will face Dedebit at the Abebe Bikila Stadium. Dedebit, who were title contenders last season, were busy during the transfer window and had a robust pre-season preparation. The Blues drew their opening match against Woliata while Adama City suffered a 2-0 loss at Woldia.

Meanwhile, two newly promoted sides – Mekelle City and Welewalo Adigrat – will face off in the Tigray derby at Mekelle Stadium. Mekelle City were been busy signing foreign players like Equatoguinean goalie Felipe Ovono, and two new defenders from Ghana. Michael Akufuu, a Ghanaian professional footballer who plays as defensive midfielder, and center back Masalachi Baba are among those who joined the team.