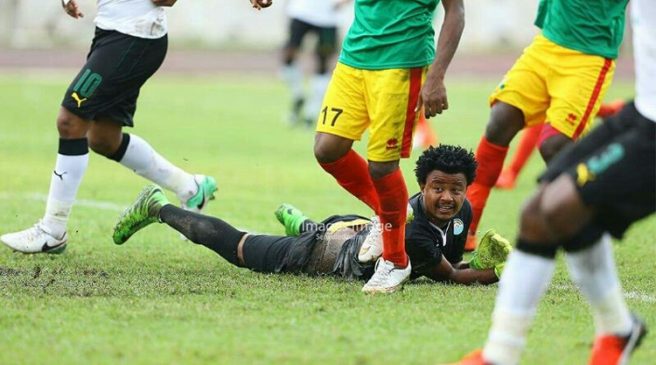 Despite an average budget of 50 million Birr none of the 16 Ethiopian Premier League (EPL) clubs have developed goal tending talent. Veteran goal keeper Jemal Tasew was called back to national duty in the absence of any emerging talent.

Rather than coming up with a lasting solution to the chronic problem of producing goalkeepers, the clubs go out shopping for foreigners. Signing foreign goal keepers seems to be the latest fashion. The Army side Mekelakya, Fasil and Diredawa are the only sides’ to field local goal keepers.

Ethiopian Football spends nearly a billion Birr annual budget for the sport but doesn’t have a good goaltender. EEF has stood by and done nothing. Mekelaky’s Abel Mamo and Lealem Berhanu were blamed for costly blunders in international matches against Ghana and Rwanda respectively, Jemal’s magnificent saves did help Ethiopia to a goal less draw in Kigali.

Fielding foreign goalkeepers is forbidden in many countries especially in Asian countries notably China and Japan. Why not Ethiopia? Some critics suggest corruption is the motivating force for the whole foreign players transfer contract is usually an under the table deal. “No one knows the circumstances of these transfers for we never heard of the players’ agents. “There are middle men milking the cow,” suggested one critic. “Why bothering to produce young talent while you could earn money in spades playing middle man,” he added.