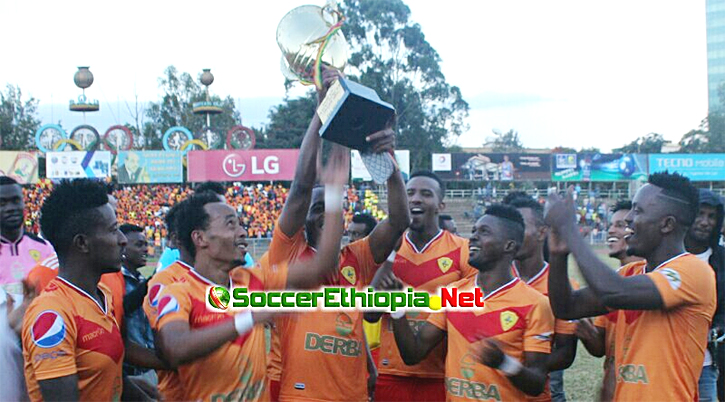 Alula Girma and Abubakher Sani struck in the first half as Kidus Giorgis got their cup triumph.

Wolaitta Dicha looked unbreakable at the back from the onset as Kidus Giorgis find it very though to penetrate the Dicha’s defense. The Horsemen captain Degu Debebe’s header was easily saved by Dicha’s Nigerian goalie Emmanuel Fevor in the 23rd minute while Eyob Alemayehu’s strike from range at the other end could not trouble Kidus Giorgis goalkeeper Robert Odongkara. Two minutes later Odongkara raced off from his line to hinder Dicha’s Eshetu Mena from scoring. At the half hour mark Abulsemed Ali could only head wide as Kidus Giorgis took a surprising lead two minutes later through Alula Girma’s header. In the 34th minute Fevor mistakenly misplaced his pass which Abubakher easily fired home to the empty net to double the lead. Defensive lapses in space of two minutes saw Wolaitta Dicha trailing 2-0 going to the half time break.