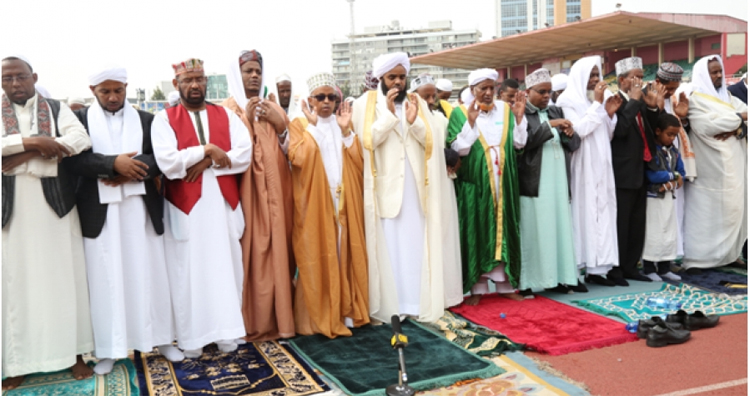 Muslims in Addis Ababa gathered early in the morning at the national stadium to celebrate the day with prayers.

During the celebration, Ethiopian Islamic Affairs Supreme Council President Sheikh Muhammad-Amin Jamal Omar called on Muslims to continue the support and compassion that they have shown for the needy during Ramadan while celebrating the day

Furthermore, he called on the Muslim community to play their role in ensuring peace and stability in the country and enhance their engagement in the country’s economic growth.

Moreover, the president called on citizens living in Saudi Arabia to return home before the end of the 90-day amnesty period, which will end after few days.

Appreciating the government’s commitment to repatriate its citizens and rehabilitate them, he underscored that the council is will the government’s efforts in creating jobs for the returnees.

Addis Ababa City Mayor Diriba Kuma said on his part that the Muslim community need to teach and promote the essence of co-existence, which he said is a culture that Ethiopians are proud, to the next generation.

He called on the community to play role in the fight against poverty and backwardness.