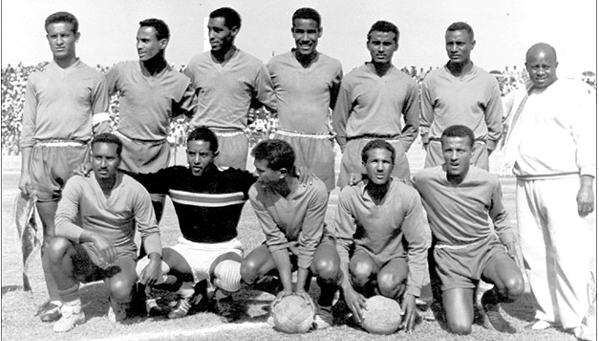 Shambel Belayneh, who is famous for his patriotic Ethiopian songs, has released a new single called “Kwas Meda” (Soccer Field), a tribute to Ethiopian soccer players of the past.

Shambel’s new song is released ahead of the annual ESFNA Ethiopian soccer tournament, which this year will be held in Seattle, Washington from July 2-8, 2017.

This was followed by photo montage & unique qualities of various sports personalities such as the late Yidnekachew Tessema, who is often described as the father of Ethiopian & African soccer.

Kwas Meda is an upbeat song and it is in the tradition of some of the greatest collections of Shambel Belayneh, who has an illustrious career

Some of the players featured on the video are: