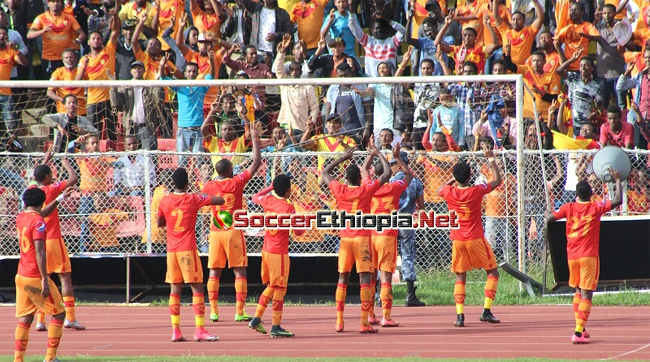 Addis Ababa – The 2016/17 Ethiopian Premier League have been decided earlier today as holders Kidus Giorgis successfully defended their crown with a slander win over Ethio-Electric.

Kidus Giorgis were crowned champions for a fourth season in a row, having three games on hand after Dedebit and Sidama Bunna dropped points. The 1-0 victory over Ethio-Electric put them on glory likewise Dedebit and Sidama Bunn’s failure to win their games meant the Horsemen can no longer be caught as they sit at the summit with 55 points.  Adane Girma struck the lone goal of the tie in the second half.