Bishoftu, Ethiopia – St Goerges Football Academy, which is named after one of the founding members of the club and former CAF President Yidnekatchew Tessema, was inaugauted today in the presence of many dignitaries including current CAF President Issa Hayatou, who delivered the following speech.

I am delighted to be with you today for the inauguration of the Football Academy of St. George’s Club, the first club founded in Ethiopia in 1935.

I am particularly delighted that the Academy bears the illustrious name of my predecessor, Yidnekatchew Tessema, whom is called Tessema by everybody, since people are unable to pronounce his first name properly.

A player, captain, coach, Tessema has played all the roles for St. George’s club for 23 years, scoring the two goals in the first game of the club against the Armenian side Ararat in 1935.

Tessema was also a player and coach of the national team of Ethiopia.

He was a remarkably intelligent man who served CAF from its founding in 1957 until his death in 1987. I replaced him as CAF President after being close to him for several years, and learned a lot from him.

Since its inception, St. George has produced number of quality people like Tessema. From talented players for Ethiopia’s national team, to coaches, administrators, technicians and executives who have held senior positions in Ethiopia and beyond. My personal advisor, Mr. Fekrou Kidane, comes from the matrix of St. George.

The club did not wait for its training center, which we inaugurate today, to be a talent incubator, a place to learn values for life, beyond the sporting sphere. It seems logical that the club continues to serve as an example in Africa through its development initiatives.

Thanks to its current president, Mr. Abennet Meskel, a football passionate, the club is making a qualitative leap and ensuring its migration to professionalism. This by setting up structures, such as this academy that guarantee its alignment with modernity and its continuity. In the near future, the club intends to build its own stadium here in Addis Ababa.

I can only hope, as CAF president, to see leaders as ambitious, more numerous in Africa and carrying projects of the same dimension. These initiatives have a considerable impact on the promotion and development of football on our continent. 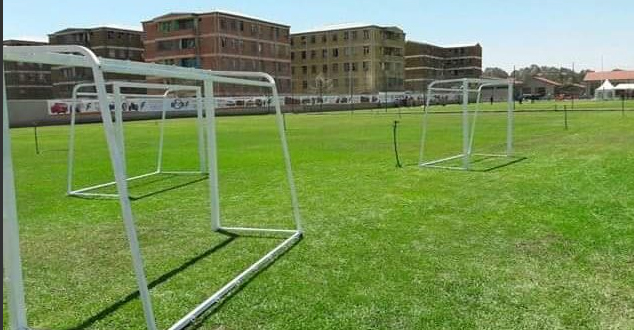 I want to pay tribute to the presence of Sheikh Mohammed Al-Alamoudi, the patron of the St. George’s club, who is supporting the development of football in the country. He has just built a stadium in his hometown of Weldia.

Finally, I would like to thank the Ethiopian authorities and the Oromia region for their support for the development of sport in general and football in particular.

Thank you for your attention!