It has been a year of mixed fortunes for Ethiopian football with a lot of emphasis and development put on grassroots football, women football, U20 and U17 team.

The senior team Walia Ibex however did not perform as expected as they failed to qualify for both Afcon 2017 and crashed out of the World Cup 2018 qualifiers.

Ethiopia Football Federation under President Junedin Basha made a first quick impression on the newly elected Fifa President Gianni Infantino whose maiden African tour culminated in a visit to Ethiopia where he hailed the football development.

Ethiopia defied all odds to qualify for Chan 2016 after knocking out the likes of Kenya along the way. Rwanda was however not pleasant for coach Yohannes Sahle as they were knocked out in the first round despite playing some lovely football they found the going tough.

Ethiopia packed their bags early after losing to DR Congo, Angola and a draw with Cameroon. 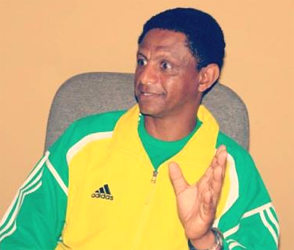 Ethiopia Football Federation sacked under performing head coach Yohannes Sahle and his entire technical bench a few months shortly after Chan in Rwanda in a move that took everyone by surprise as it came barely a month after a famous 3-3 draw against Algeria in Addis Ababa.

EFF restructured the technical department bringing on Legend Gebremedhin Haile to take over the reins from Sahle who had inherited the seat from Portuguese Mariano Barreto.

Haile quickly assembled a team; however the time was not enough to make headways as Ethiopia missed out on Afcon 2017 in Gabon.

St. George were crowned champions of Ethiopian Premier League 2015/2016 for the 12th time after crushing Arba Minch Kenema 3-1 in an exciting match played in Addis Ababa.

The glory came barely a week after Adane had announced his retirement from Ethiopia Walia Ibex as he turned on the style to help demolish Arba Minch.

The Ethiopian women’s premier league 2016/17 season kicked off on Saturday, November 19, 2016 across the country.

In the 2016 format, 20 teams in two groups will participate with group winners fighting for the trophy at the end of the season.

It was a good year for both the Ethiopian U-17 and U-20 both performed beyond expectations this was another brilliant project by EFF.

Ethiopia’s Red Foxes cruised past tough Egypt 3-1 in the first leg U17 Afcon qualifier second encounter as they older brothers the U-20 upset fancied Ghana in what was a rather good year for the youth .

Eight teams will make it to Madagascar next year with semi-finalists booking a place in U17 World Cup in India later 2017.

Addis Ababa was chosen as the only African city and one of the six venues to host 11 Fifa Executive Football Summits around the world between November 2016 and March 2017. 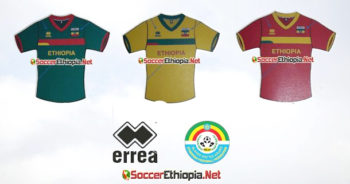 In the deal renewable yearly, Errea becomes the official kits supplier of six Ethiopian national teams, with a promise of better improved terms depending on their performances. The six covered are; Senior men’s and women’s national teams (Walia Ibex and Lucy) and both U20 and U17 teams boys and girls.

The teams will get three sets of uniforms a piece, full track suits with shirts for traveling.

Each year, the Parma based company will supply 46 items including kits, armbands etc. worth Euros 90,000 for free while the federation will purchase kits worth Euros 50,000 per annum. 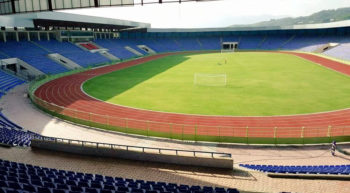 Ethiopia football infrastructure development is on high gear and they have set a new standard in the region and across Africa building stadiums across the country.

The brilliant development is is playing a pivotal role in football development across the country with ultra modern facilities coming up and Ethiopia has been tauted as likely host of both Chan and Afcon.

Ethiopia football federation bid for hosting rights of the Africa Cup of Nations 2025.

One thought on “Mixed fortunes for Ethiopian Football in 2016”