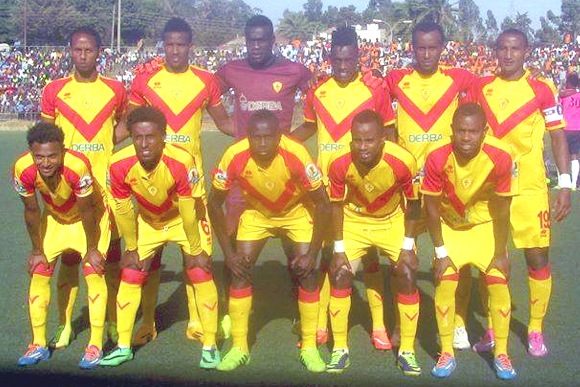 Defending Ethiopian Premier League champions St. George will kick off their 2017 CAF Champions League campaign against relatively easy opposition in Seychellois champions Cote d’Or. The Confederation of African Football (CAF) congregated in Cairo to hold the draw that determined the pairings for the 46 teams who will start their journeys in the preliminary round.

For the Horsemen, it’s the second straight playoff tie against the champions of Seychelles’ Premiere Division. Last season they drew the then defending champions Saint Michel and ending up winning 4-1 on aggregate. They will be hoping to go further than the first round, where their continental journey ended a year ago at the hands of the African champions, TP Mazembe of Congo DR. St. George played to a cracking 2-2 draw in the first leg of that tie before losing 1-0 away from home.

Cote d’Or will be making a return to CAF competition after two years. Their last such foray was at the 2015 CAF Confederations Cup, where they were eliminated in the preliminary round after losing 5-2 on aggregate to Dedebit. It will be their first appearance in the Champions League since 2014.

St. George’s away tie at the Stade d’Amitié will be the fourth trip an Ethiopian football side has made to the country in the last two years. Besides their game against Saint Michel last season and Dedebit’s tie with Cote d’Or in 2015, the Ethiopian national team under Coach Yohannes Sahle were grouped with Seychelles in the 2017 AFCON qualifying round robin tourney. Ethiopia drew Seychelles 1-1 in September of 2015.

Forty teams who were national cup tournament finalists last season across Africa will take part in the preliminary round of the 2017 CAF Confederations Cup. Ethiopia’s Defence Force FC lost in a shootout to Champions League bound St. George in the final of last season’s EFF Cup and will suit up to take on last season’s Cameroon Elite One runners up, Yong Sports Academy.  In last year’s competition, the military side were pummeled 6-1 on aggregate in the preliminary round by Egyptian side Misr Lel Makkasa. They were first round losers in the 2014 edition of the competition as well when they lost 4-1 on aggregate to Kenyan side AFC Leopards.

The competitions will get underway a mere week or so after the completion of the 2017 AFCON tournament in Gabon. It is expected to affect St. George, who have a number of players expected to be part of the Ugandan AFCON squad, principally star goalkeeper Robert Odongkara. Ugandan international center back Isaac Isinde was recently released by St. George and won’t be part of the team’s Champions League squad.