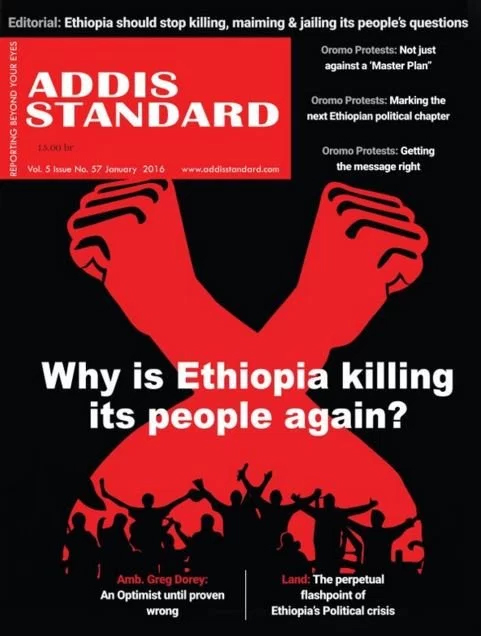 Addis Ababa, Ethiopia – An Ethiopian English-language magazine which has been critical of the government has ceased publishing its print edition saying restrictions imposed when emergency rule was declared early this month made it “impossible” to continue.

The Horn of Africa country introduced a state of emergency on Oct. 9 after a wave of protests over land grabs and political rights, which resulted in violent clashes and attacks on both local and foreign businesses.

The emergency measures introduced for six months granted security forces more powers to make searches and arrests, and imposed curbs on the “preparation and distribution of publications that could incite conflicts”.

Tsedale Lemma, editor and founder of the Addis Standard monthly, told Reuters that printers had refused to publish the magazine unless an authority set up to oversee the implementation of the new regulations gave them permission.

“(It is) a proposal we have vehemently refused because it will subject us to submitting our editorial to voluntary censorship by a military command post,” Tsedale said, without saying what the monthly print run was.

Vendors and supermarkets have also pulled the magazine from newsstands in the wake of the announcement, she said.

The magazine continued to publish articles on its website, she added.