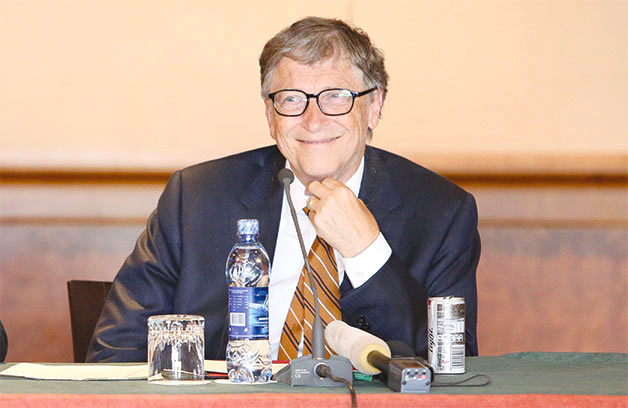 On the media roundtable that was held in Addis Ababa, at Sheraton Hotel, Gates said that innovative financial services such as mobile banking, which are making inroads in improving access to financial services in the rural communities, are going to be the third largest investment area for the Bill and Melinda Gates Foundation in the coming years.

To this effect, Gates said that he has held a lengthy discussion with Ethiopian authorities, including Prime Minister Hailemariam Dessalegn on Thursday where he was told that mobile banking and the financial services sector are areas of intervention that will pay high dividend in Ethiopia.

Bill Gates, who was in Africa for the HIV AIDS conference in South Africa, decided to drop here where his foundation makes one of the biggest investments in the Africa continent. According to him, he was able to hold a five-hour discussion with Ethiopian authorities where he was briefed on the GTP II plan and progress in health and agriculture sectors.