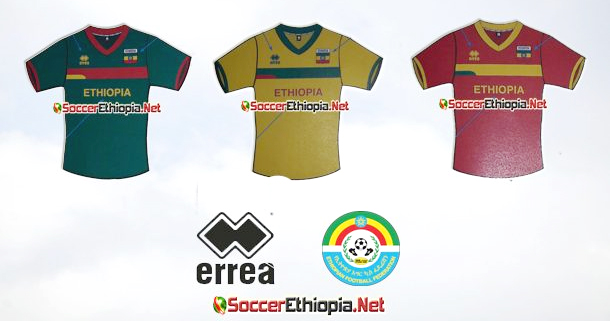 The Ethiopian Football Federation (EFF) and Italian Sportswear company Errea have agreed a two-year deal that will make Errea the official shirt supplier of the national team.

EFF’s general secretary Wendimkun Alayou, Finance Officer Mr. Nebiyu and Colonel Amesalu were in Italy for a week long intensive negotiation. Errea will supply Ethiopia for the next two years in a deal worth 90,000 Euros per annum.

EFF was also in talks with Australian company AMS Clothing for a possible shirt deal.

Germany sport equipment company Adidas had been supplying shirt for Ethiopia before EFF shifted to Errea.

Errea, based in Torrile Parma, established in 1988. The company supplies sportswear to football clubs, volleyball, basketball and rugby teams. It is the official shirt supplier of Iceland and Rwanda national teams.