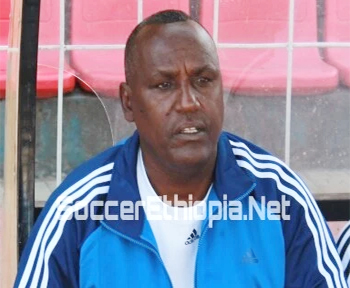 Ethiopia Football Federation(EFF) has appointed Gebremedhin Haile as interim coach to take over from sacked Yohannes Sahle supersport.com can reveal.

The defense coach will be in charge for the remaining 2017 Africa Cup of Nations qualifiers against Seychelles and Lesotho.

A top official of the federation who sought anonymity intimated to superport.com that they had settled for the tactician because of his pedigree and experience.

“Gebremedhin as been appointed as the interim coach pending further resolutions. He will be in charge of the the national team for the remaining two matches before the executive committee meets to decide on the next course of action,” he said.

Speaking on phone from Europe to supersport.com EFF President Juneydin Basha acknowledged new changes were being effected in the national team and promised he would give more details when back in the country.

“Changes are taking place but I am away in Europe and will give you more information once I am back in Addis Ababa,” Juneydin said.

A striker during his playing days, Gebremedhin has won the Ethiopian Cup twice with Defence since 2011.

He is known for his exceptional footballing skills and scoring records both at club competitions and at the national level, particularly on the occasion of the famous 1987 Cecafa win in Addis that Ethiopia attained after a long spell at the continental level without any triumph.