Ethiopians mark Patriots Day every year on May 5 to commemorate gallant patriots who fought against the then fascist Italian troops, for five consecutive years between 1936 and 1941.

The East African country has been prepared for the celebrations of the 75th anniversary of Patriots Victory Day with different activities including historical and cultural symposiums, and exhibitions among others.

The week-long celebrations of the 75th anniversary of the Patriots Day has been organized in collaboration between the Ethiopian Patriots Association and The Ethiopian Ministry of Culture and Tourism.

In a symposium organized on Wednesday, scholars, most of them from Addis Ababa University, presented papers on historical and cultural topics with focus on folklores, heritages, literature, music and theatrical performances as well as fine arts development before and after the fascist years.

Officially opening the symposium, Aisha Mohammed, Ethiopian Minister of Culture and Tourism, has paid tribute to the gallant patriots who had sacrificed themselves in the fight against the then fascist Italian troops. 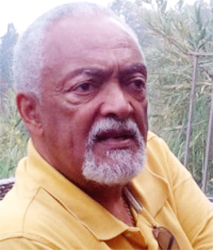 In his welcoming remarks, Lij Daniel Jote Mesfin, President of the Ethiopian Patriots Association, has lauded the sacrifices by the then Ethiopian gallant patriots to the preservation of the country’s historical and cultural heritages.

The half-day cultural symposium was followed by a historical exhibition on the premises of the National Museum of Ethiopia.

Speaking during a press conference last Friday, President of the Ethiopian Patriots Association noted that by remembering the value and decisive sacrifice of forefathers, the present generation is expected to repeat similar victory in the fight against poverty.

The nation has passed down a number of educative and generous historical heritages which stimulate this generation to engage courageously in every discipline to register successful achievements, he said, adding the Association is actively working in preserving related historical resources to enable the youth to know the history of their country.

He also has lauded the support his Association has been receiving from the government.