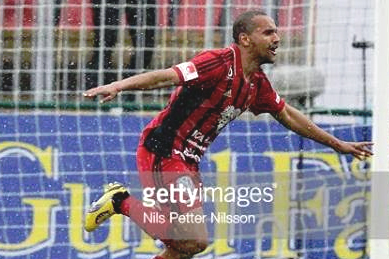 In the sixth round of Allsvenskan Swedish league action, second placed Örebro managed to beat a resilient Östersund side by a 4-2 scoreline yesterday, maintaining their chase of table topping Norrkoping.

But the visitors wouldn’t have it easy in Östersund. On minute 39, the home side would draw first blood. Ethiopian international Walid Atta scored his first goal wearing the crest of his new club with a fantastic finish worthy of a penalty box poacher. Club captain Alex Dyer drilled the ball low into the box for Walid Atta to strike at with his first touch and sent into the top corner despite the best efforts of Örebro goalkeeper Jacob Rinne.

The celebrations would be short lived as Örebro would strike back only minutes later through Karl Holmberg to restore parity before the break.

The visitors would run riot in the second half, scoring three goals in under nine minutes to put daylight between them and Östersund, before Walid would score a second goal in the 69th minute to make it 4-2.

Nigerian playmaker Michael Omoh dribbled past his marker brilliantly and delivered in another low ball which was deflected towards goal before Walid Atta, barely onside, redirected it home for his second on the night. The Ethiopian’s brace rallied the troops forward, but there would be no dramatic comeback, nor any more goals on show on the snowy surface of the Jämtkraft Arena.

“It’s great to score twice, my first goal was an especially nice one,” Walid told Ethiosports. “But I can’t be happy since we couldn’t get the result we wanted.”

Östersund and Walid Atta will hope to rebound from defeat next Saturday when they take on Kalmar FF in round seven of the Allsvenskan.