EFF under President Junedin Basha is expected to restructure the technical department in a fortnight a close source at the federation intimated to supersport.com.

“It’s true Sahle has been relieved of his duties with immediate effect to pave way for another technical bench. The federation executive committee made the resolutions to give the national teams a fresh impetus after it became apparent Sahle and his technical bench were not up to the task in leading the teams to greater heights,” the source who sought anonymity told supersport.com.

Sahle has been sacked exactly one year since he took over from Portuguese Mariano Barreto who paid the price for failing to qualify the team for the 2015 Africa Cup of Nations.

Sahle, who is an Ethiopia-born US citizen, had a successful playing career in the mid 1980s with the top Ethiopian teams before leaving for America. He played for Ethiopia from the youth team to the national side.

Early in January, Sahle had hinted at quitting the national team when he spoke to superport.com after his team was eliminated from the competition saying his position was no longer tenable but decided to stay on after talks. 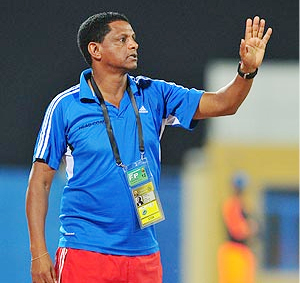 “I am done with the team infact when I go back to Ethiopia I will step down because I really feel unappreciated after working so hard with very minimal preparations ahead of Chan 2016. I took the position last year and within three months I had changed the team and we qualified for Chan; a tournament that has only 16 teams and which even big guns like Algeria, Egypt, South Africa and defending champions Libya never qualified.”

“The federation has not made things easier for me because I was expected to get results and yet we did not get adequate preparations only training for nine days and playing one friendly game yet most of the teams in the competition prepared adequately,” Sahle told supersport.com in Rwanda.

“It has not been easy for me and it was disappointing that instead of coaching I was doing administrative duties before we left Addis Ababa I took upon myself to go the immigration office line up like everyone while trying to sort out the issue of passports for my players and even getting passport photos yet at the same time I was supposed to coach,” he added.