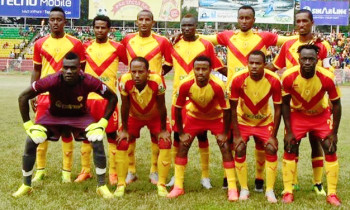 The two sides had played out a 2-2 draw in front of a 60,000 fans at the Bahir Dar National Stadium last week in Bahir Dar, 700-kilometres North  from the Ethiopian capital, Addis Ababa.

The game began like a house on fire as visitors St.George fired from all cylinder trying to look for the opener but TP Mazembe defense marshaled by skipper Joel Kimwaki remained defiant.

One thought on “Ethiopian torchbearers St.George knocked out by TP Mazembe in a gruelling battle”