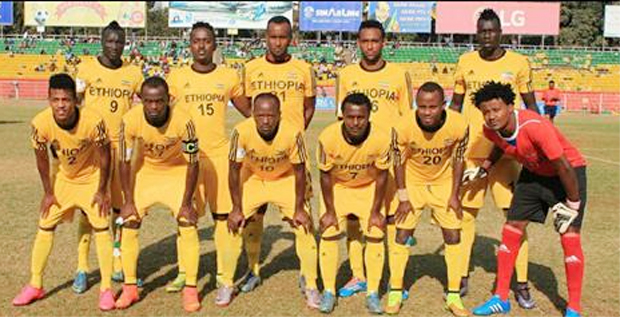 Ethiopia were held to a 1-1 draw by Niger in a friendly game played in Addis Ababa, on on Saturday, 9 January 2016, as part of their preparations for the Orange CHAN Rwanda 2016.

The hosts were pretty much toothless upfront as the ‘Mena’ dominated the opening few minutes. Their dominance came to fruit when Garba struck outside the box in the eighth minute to give Niger the lead.

The Walias had to wait till the 89th minute to level matters. Panom stepped up to take the penalty and he made no mistake to tie the score.

Ethiopia’s Mulualem Tilahun saw his effort hitting the upright in the dying moment of the game.

Ethiopia coach Yohannes Sahle expressed his disappointment with the playing style of the opposition.

“The game didn’t go as we plan. They were committing unnecessary fouls on our players. Perhaps, that is why we couldn’t play good football,” said Sahle.

His counterpart Niger coach the Ivorian François Zahoui said: “we came here to play Football. Ethiopia has a good team and we are happy with the draw as it will help as to rectify our problems before our opening game in CHAN.”

Both sides have been preparing for the Orange African Nation Championship which is due in Rwanda. Ethiopia will kick start their CHAN campaign in Group B against DR Congo, whilst Niger and Nigeria square off in Stade de Kigali in Group C.