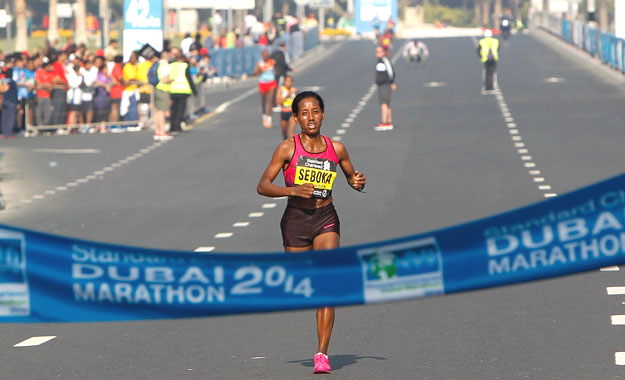 Daska and Seboka, winners in 2010 and 2014 respectively, will join their Ethiopian compatriot and 2013 Dubai champion Tirfi Tsegaye on the start line.

Since winning in Dubai, Daska has lowered her marathon personal best to 2:21:59, which she set when winning the Frankfurt Marathon in 2011.

In 2015, she concentrated on shorter distances and finished eighth at the IAAF World Cross Country Championships Guiyang 2015 and she also won the half marathon title at the All African Games last summer.

“Dubai is a very special marathon for me as I was champion in 2014 and I ran my personal best there in 2015,” said Seboka, who went on to claimed fifth place in the Chicago Marathon last October. “I want to come back to run even faster and my whole focus since Chicago has been my return to Dubai.”

Event Director Peter Connerton added: “Dubai is now well established as one of the premier race routes on the calendar, which means it is always high on the list of preferred venues for elite marathon runners. Add in the five-star hospitality and typical Arabian hospitality afforded the athletes and it is easy to see why Dubai is a firm favourite with runners and agents alike.”