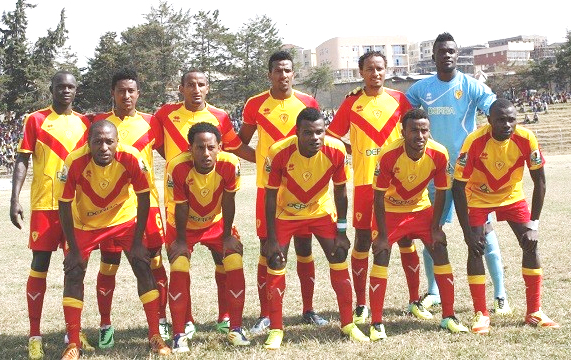 In today’s other matches, Nigd Bank shared a point (1-1) with the visiting Sidama Bunna side, while newly promoted Dire Dawa Kenema scored a rare away victory when they beat Wolayta Dicha 1-0.

Although Hossana were able to hold Kedus Giorgis scoreless in the first half, they conceded a goal just two minutes after the interval when Ramkel Lok gave Giorgis the lead.  Veteran striker Adane Girma added a second in the 65th minute.

Nigd Bank escaped defeat at the hands of Sidama Bunna thanks to a goal by Anteneh Gebrekristos in the 80th minute. Sidama took the lead in the 73rd minute after seasoned striker Andualem Negussie converted a controversial penalty kick.

Fekadu Tadesse was once again the hero for Dire Dawa after he scored the lone goal (44′) of the match in Bodity.

The league will continue tomorrow with the following matches: