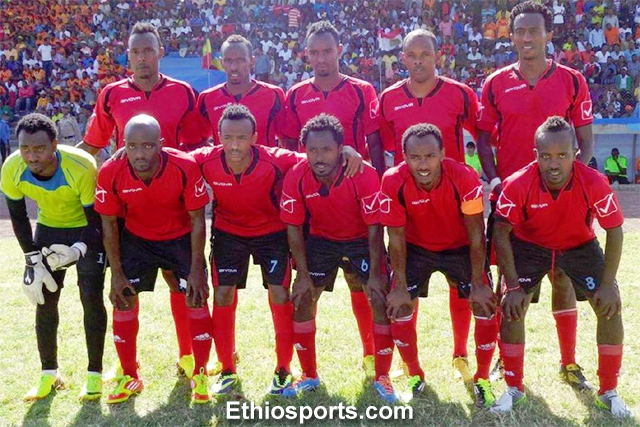 Adama Kenema maintained their lead of the Ethiopia Premier League with a 2-1 victory over  Dashen Beer at home today. Takele Alemayehu opened the score for the league leaders 33 minute into the first half before Edom Housorovi leveled the score in the 75th minute. Adama finally got the winning goal seven minutes before the end of regulation time courtesy of Wondemneh Zerihun.

In the Addis Ababa derby, Dedebit beat Ethiopia Bunna 2-1 to move up to third place behind Adama and Kedus Giorgis. Dedebit led 2-0 at half-time with the goals coming from Henok Mekonnen (37′) and Shemket Gugsa (41′) and Ethiopia Bunna didn’t score their consolation goal  until the 79th minute by Yabeun William.

Two-time Ethiopian Premier League winner Hawassa Kenema suffered their second defeat of the season when they lost 3-0 to Mekelakeya here in the nation’s capital.  The defense men led 1-0 at half-time thanks to a goal by Samuel Taye (15′) and Baye Gezahegn added a couple (74′ & 81′) after the interval.