Hiking
While there are many opportunities to take scenic hikes throughout the country, Ethiopia does offer excellent opportunities for the more seasoned hikers.

Tours can be arranged to climb to the peak of Ras Dashen, Africa’s fourth highest mountain, brave the rugged terrain of Surma Mountains, or traverse the Bale Mountains across truly breathtaking landscapes.

Hiking tours can be organized by a tour agency or you can hire a local guide, either way, expect an adventure.

The Omo River is a great spot for whitewater rafting. Whitewater rafting is also done on the Blue Nile near Bahir Dar (a few days), along the Omo River (the whole stretch can take up to a month) and on the Awash River (one or two days). Specialized expeditions have tackled other rivers, including the Tekezze, the Beshilo and the Baro.

Rafting can only be done at certain times of the year, after the rainy season – roughly June through September and needs to be set up well in advance.

Rock Climbing
The crags and crevasses of the many mountains in Ethiopia, no doubt, are the kind of places a rock-climbing aficionado dreams about. Whether you find yourself in the northern highlands or somewhere along a mountain range in the southeastern part of the country, you are likely to find the perfect cliff to scale. As a matter of fact, anywhere you go in the country, other than deep in the Great Rift Valley and the Ogaden desert in its southeastern extremity, rock-climbing sites are in abundant supply.

Volcano Expeditions
Ethiopia hosts an incredible 60 volcanoes, active and extinct, within its borders.

Volcanoes with lava lakes are very rare, there are only 6 in the world and Eratale has two.

Due to the immense volcanic geology running through the rift valley, Ethiopia drops from escarpments to deep valleys in a moment, allowing for jaw-dropping moments as your car descends from highlands to lowlands.

Its southernmost pit is known locally as “The Gateway to Hell”.  This tour is not one for the delicate or faint hearted traveler!

Caving
The Sof Omar cave system is one of the most spectacular and extensive underground caverns in the world. 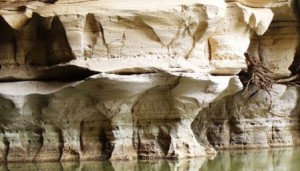 You can explore stunning caves by following an underground river through a series of majestic interlocking chambers and admire the wonderful work of nature: stalagmite and stalactite pillars 20 meters high, fluted archways, and a river that bleeds out to a sunless sea flowing through a deep gorge.

You will be in awe of this wonderland. The caves also constitute an important Islamic shrine named after the Sheikh Sof Omar who was said to have taken refuge here centuries ago.