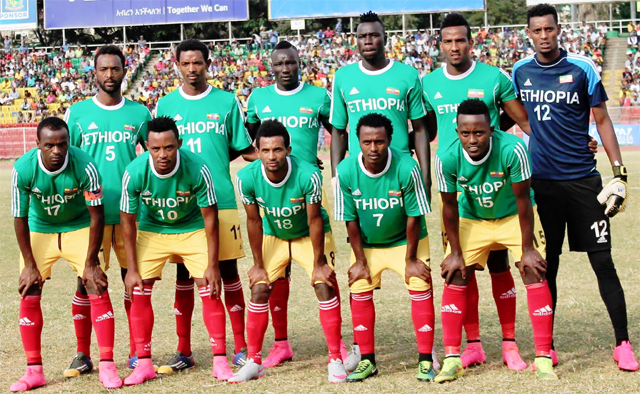 The Walia Ibex of Ethiopia advanced to the semi-final stage of the CECAFA Challenge Cup after defeating Tanzania in a penalty kick shootout today.

The two sides were tied at 1-1 at the end of regulation time and the penalty kick series ended 4-3 in Ethiopia’s favor.

Ethiopia will meet Uganda on Thursday after the latter beat Malawi 2-0.

Tanzania led 1-0 at half-time thanks to a goal by John Bocco (25′) and the Walias responded after Gatoch Panom converted a penalty kick (57′).

Goalkeeper Abel Mamo was the hero for Ethiopia as he saved two penalty kicks.

There will be two more quarter-final matches tomorrow: