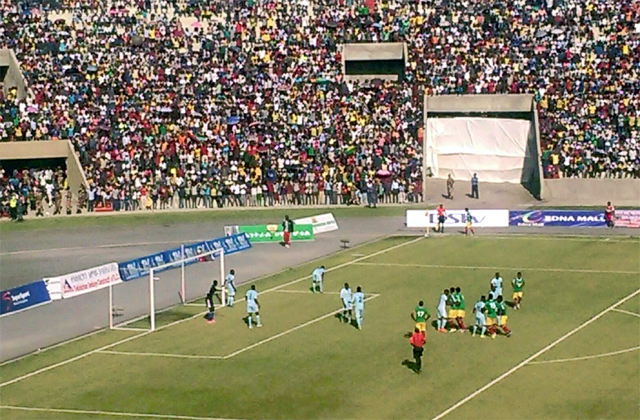 Hosts Ethiopia edged Somalia 2-0 to register their first win at the ongoing Cecafa Senior Challenge Cup in front of a fully packed Hawassa Stadium on Wednesday.

The Walia Ibex got their account going with a Mohammed Nasser fine header in the 15th minute off Elias Mamo’s well-taken freekick.

Seven minutes later Mamo could have doubled the home side’s lead but he sent his attempt wide. Somalia looked an improved side from their 4-0 humiliation by Tanzaniaon Sunday in Addis Ababa.

Somalia’s Ali Hassan Babay sent a long-range shot in the 65th minute but it went widehoweverthey continued to fend off the challenge from the hosts who were continuously motivated by the support from the crowd.

Ten minutes later, Somalian Hassan Abdinur’s freekick was directed straight into the goalkeeper’s hands after Ethiopian captain Seyoum Tesfaye brought down Abdigani Bulle with the former getting a yellow card for the foul.

Their resilience would only last for so long as  netted Ethiopia’s second goal in the 82nd minute to seal victory for the hosts sending them into second position in Group B ahead of Rwanda by goal difference.

Somalia will have to defeat Rwanda in their last group game if they are to stand any chance of making it to the quarterfinals. Ethiopia take on table leaders Tanzania in the last match on November 28.