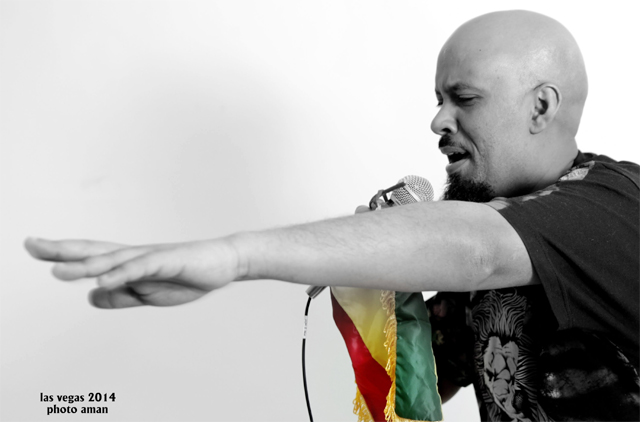 This year the Holy days of Eid al Adha and The Finding of True Cross Festivities have converged to be celebrated by all Ethiopians signifying the utmost love, respect, fraternity and sorority in all corners of the planet.

Eid al-Adha, the Feast of Sacrifice that honors the willingness of Abraham (Ibrahim) to sacrifice his son, as an act of submission to God’s command, before God then intervened, through his angel Jibra’il and informs him that his sacrifice has already been accepted. The meat from the sacrificed animal is preferred to be divided into three parts. The family retains one third of the share; another third is given to relatives, friends and neighbors; and the remaining third is given to the poor and needy.

The True Cross on the other hand is the name for physical remnants which, in Christianity, are believed to be from the cross upon which Jesus was crucified. According to post-Nicene historians such as Socrates Scholasticus, the Empress Helena, mother of Constantine, the first Christian Emperor of Rome, travelled to the Holy Land in 326-28, founding churches and establishing relief agencies for the poor. She discovered the hiding place of three crosses that were believed to be used at the crucifixion of Jesus and of two thieves, St. Dismas and Gestas, executed with him, and that a miracle revealed which of the three was the True Cross.

Abdu’s song seamlessly expresses the love and humanity through his lyrics by saying Ethiopia is the sole witness about strengthening and supporting the needy in Ramadan. In True Cross he sends his love and best wishes to those who are in exile, the bedridden, those who are in prison and may these festivities be the reason to hasten their release from prison, be cured from their maladies, and for those in exile may they return peacefully to their loved ones through the love of their country, which is sealed in all our hearts forever. 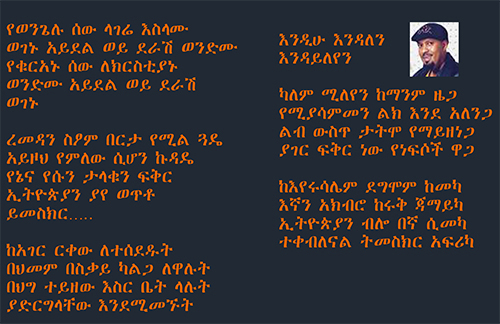 Some of Abdu’s lyrics