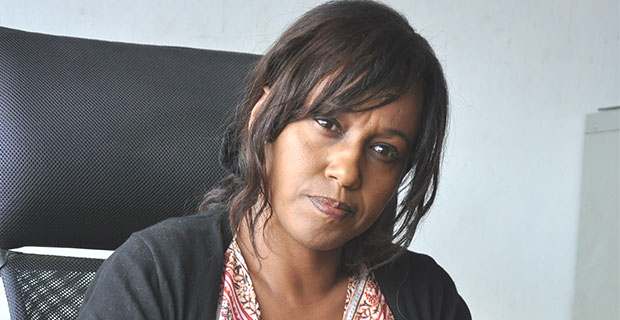 Azeb Worku is a popular personality within the Ethiopian theatre and film circles. She is often mentioned as a symbol of professional evolution within the narrow circle defined by informality, alliances and hype.

Azeb’s progress from acting to writing and production of theatres and serial dramas is usually considered a showcase to the power of the women within the male-dominated trade. Ever since her appearance at Tsegaye Gebremedhin’s Ha Hu Weyim Pe Pu, in 1993, immediately after a summer course in theatre with Tesfaye Simma, Azeb’s popularity grew fast, giving her the chance to play roles in Bealu Girma’s Kadmas Bashager and Solomon Alemu’s Kedankira Bestejeriba. But Simentu Setoch, a theatre adapted, directed, produced and acted by women, that Azeb adapted, directed and acted in, put her back in the limelight after few years of absence from the industry.

The compelling writing skill of Azeb has also been observed in theatres and movies, such as Diaspora, Yemist Yaleh and Condominiumu.  Dana the well-accepted but discontinued TV serial tested her skill as a writer, and she proved to be extraordinary. In this holiday special interview with Fortune, Azeb shares her thoughts on personal and professional evolution as well as the role of serial dramas in highlighting topical issues.