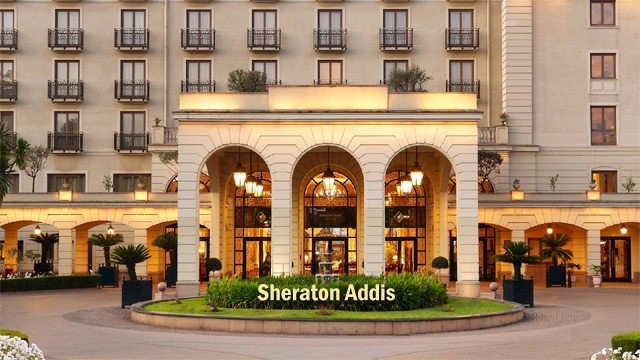 Gezahegn Abate, director of international and public relations at the MoCT told The Reporter that out of the 136 hotel properties, so far, 95 have been able to receive star rates.

“Eleven properties have filed complaints which were directed towards the prerequisites of compliance to the rules of hygiene and sanitary procedures, security and fire control protocols. Eight more have been waiting to receive certificates of compliance, which is a mandatory requirement,” he said while declining to reveal the names of the hotels that complained.

The assessment came after the MoCT and UNWTO inked an agreement last year where by the latter would assist the ministry in conducting a thorough assessment and evaluation of some 400 hotels in Ethiopia.

According to the MoCT, hotels need to have employees who have received certification of competencies, which is one of the mandatory requirements. Hotels failing to fulfill this requirement will not be considered for star grading. Similarly, those properties without certificates of fire and safety protocols, hygiene and sanitation are not fit for star ratings.

That said local brands including Capital Hotel and Spa, Elilly International Hotel and Sheraton Addis have been awarded five star grades. According to Micheal Teka sales and marketing manager of Capital Hotel and Spa, except the executive chef the hotel employs, all the staff and management are Ethiopians. The top scoring Capital Hotel was one of the properties consulted by local hospitality firm, Calibra Hospitality Consultancy Company, which has also been instrumental in organizing the Africa Hotel Investment Forum (AHIF) to be hosted in Ethiopia last year.

Next to Capital, Elilly International Hotel is the other local brand both owned and run by local professionals. Teklu Abate, sales and marketing manager of Elilly Hotel said that a team of evaluating experts has suggested that the property has the capacity of achieving a “Grand Lux” status in the near future.

The long-established Hilton Hotel together with Intercontinental Addis, Jupiter International, Saro Maria, Friendship and 11 others have been awarded a four-star grade to which some have complained. Biniam Bisrat, president of Addis Ababa Hotel Owners Association and general manager of Jupiter International Hotels told The Reporter that the UNWTO headed star-rating evaluation have entered into practice with close consultations with the association. He went on to say that the criteria and guidelines stated in the rating procedures are fully accepted by the hotel owners. Currently, six experts from the UNWTO and some 200 local experts are involved in the star rating process.