There is so much to be explored in this land of origins and destinies.

Of all the souvenir shops on Nigeria Street, near the General Post Office, there was only one shop that offered a fair price to Azza Babikr, 50, a Sudanese tourist visiting Addis Abeba with her two daughters. Or so she felt. The three were looking for cultural jewellery but the prices of the cultural items were higher than expected and too high for their pockets.

Abagiya Derbew, 25, was standing idly with no customers, when Fortune entered her shop. She thinks that the cultural items are not being promoted even though their quality is improving.  Most of the tourists that visit her shop purchase only small items such as jewellery and scarves that cost less. The reason for the higher prices is scarcity of the raw materials needed for creating the cultural items, she reasoned.

For Azza, the expense was not something to easily dismiss.

“The price of the cultural items is not like what I had expected when I came here. They are expensive for a tourist like me,” she complained.

Staying for three days in the capital, Azza was happy with the hotel and most other tourist services available in the city, she said. But her daily expenditure everywhere was a little too much, forcing her to cut her stay short.

But there is more to Ethiopia than its city. The country has a variety of tourist attractions, including historical, geological and cultural resources. These include 25 high-elevation mountains and active volcanoes that appeal to adventure tourists. There are more than 80 ethnic groups and the southern cultural routes, particularly south Omo, are among the most famous. Visitors also enjoy the northern historic route.

The tourist flow has been growing over the years. Current visitor arrivals are estimated at 780,000 per year, up from 523,438 and 596,341 in 2011 and 2012, according to statistics obtained from the Ministry of Culture & Tourism (MoCT). But this increase is not accompanied by longer tourist stays in the country.

Despite this growth, the major problem experienced with hotels services, rests in the absence of a well-trained labour force capable of rendering high quality hotel management as well as customer service, Tadele Jemal, senior expert of Public & International Relations at the Ministry of Culture & Tourism said. The Ministry is working to get many universities to provide tourism related training, he added. Currently such courses are offered at Gonder, Hawassa and Mekelle universities. 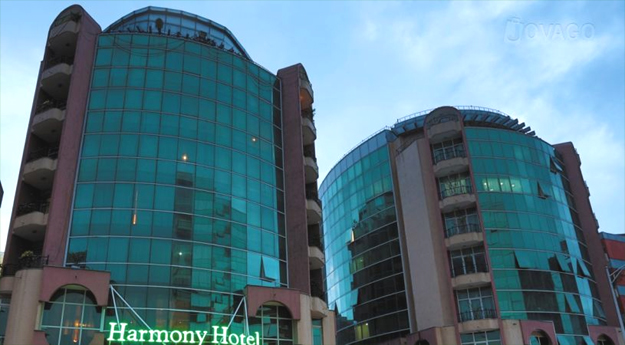 “We also support the hotels starting from construction to importation of equipment necessary for their services by allowing them to import goods duty free,” Getenet Yegezaw, vice director of public relations at the Ministry of Culture & Tourism stated.

However, Seleshi Debebe, general manager of Harmony Hotel, a four star hotel located at Bole Medhanialem thinks that the institutional support given by the Ministry is so far very little.

“Especially in relation to conference tourism, the country cannot search out international conferences because of lack of connection with international event organisers,” Seleshi opined.

Various international event organisers look for hotel services and security for their events, but they do not have much information about facilities in Ethiopia, he added.

“A hotel show should be conducted at least once a year to attract international event organisers,” he continued.