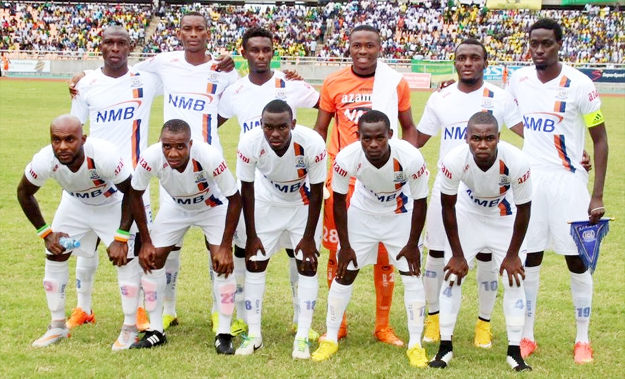 The team managed by Englishman Stewart Hall scored either side of half-time through skipper John Bocco and Ivory Coast import Tchetche.

Azam – who were formed in 2007 – followed their first Tanzanian Premier League title in 2014 with their maiden success in the regional competition.

The Cecafa Kagame title is contested by East and Central African clubs.

Azam took the lead against the Kenyan Premier League champions on 17 minutes, thanks to a goal from Bocco.

After conceding, Gor Mahia piled pressure on the home side with Innocent Wafula’s shot missing the target by inches.

Gor Mahia’s Ugandan midfielder Khalid Aucho was lucky to escape a booking, after a nasty challenge.

In the second half, Gor Mahia returned showing more hunger for goal, but it was Azam who almost doubled their lead when Kipre Tchetche’s shot rattled the post.

But Ivorian Tchetche did make it 2-0 soon afterwards, as he found the net on 64 minutes from a free kick.

The tournament’s leading scorer Michael Olunga failed to bring Gor Mahia back into the game when he fired a shot across the face of goal.