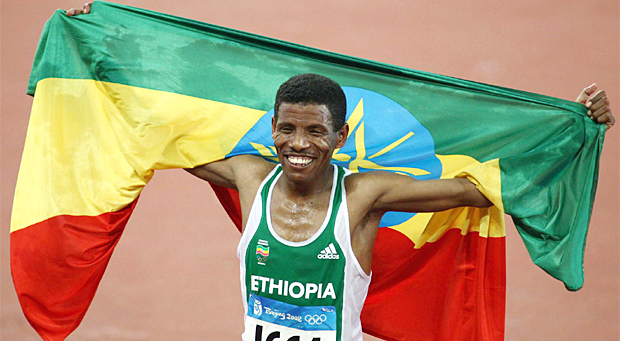 Popularly known as the greatest athlete in modern African history, Haile Gebrselassie is a retired Ethiopian long-distance athlete, born on the 18th of April 1973 in Asella, Oromia Region, Ethiopia.

Gebrselassie first gained international attention in 1992 when he won the 5000 metre race at the 1992 Junior World Championships in Seoul and he never looked back after that. He boasts two Olympic Gold medals at the 10,000m distance and set a record by winning the Berlin Marathon four times in a row.

Read more at: This is Africa