A number of African-born players have been first-round choices in the NBA draft over the course of the past years, and tonight’s night’s 2015 draft may be no different. 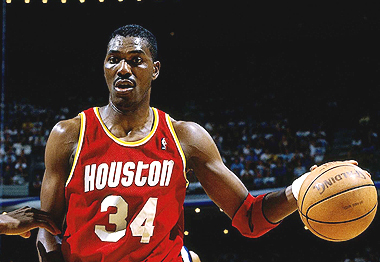 Hakeem Olajuwon, drafted first overall in the 1984 NBA Draft, paved the way for over thirty African-born players who played in the league over the past three decades.

On Thursday, Emmanuel Mudiay could become the third native of the Democratic Republic of Congo selected in the first-round after Charlotte Hornets centre Bismack Biyombo, who was the seventh pick in 2011, and Dikembe Mutombo, the fourth pick in 1991 draft, who went on to build a successful NBA career.

Mutombo not only became a terrific defender, but the NBA Global Ambassador has also been voted for the Naismith Memorial Basketball Hall of Fame Class of 2015.

Angolan Yanick Moreira and Senegalese Youssou Ndoye, who both featured at 2009 Basketball Without Borders Africa campers in Johannesburg, are also gearing up to hear their names called in this year’s draft, expecting to expand the six-player African-born contingent, who were active in the 2014-15 regular season.

If Moreira is successful, he will become the first Angolan drafted in the NBA, while Ndoye would become the second Senegalese drafted in the last two years since Minnesota Timberwolves centre Gorgui Dieng was selected 21st overall in 2013.

Although there has been a growing number of African-born selected in the first-round, as well as a total of 35 players from the continent featured on NBA rosters, only two were picked with the first-pick overall.

In 1998, Nigerian Michael Olowokandi was selected first overall in the 1998 NBA Draft by the Los Angeles Clippers.

Meanwhile, top-five has also become a familiar place for African-born players such as Tanzanian Hasheem Thabeet, who was selected second overall in the 2009 NBA Draft, and Cameroonian Joel Embiid, who was selected third overall last year.

The 2015 NBA draft will be held at Brooklyn Centre in Brooklyn, New York, Thursday night.