Bend will play host to the USA Track and Field Cross Country National Championship races in 2016 and 2017. 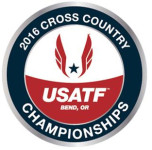 Bend, Oregon – USA Track and Field announced this week that Bend, Oregon has been chosen as the host city for the 2016 and 2017 USATF Cross Country Championships.

“Bend proved to be a wonderful host when the city staged the Club Cross Country Championships in 2013,” said USATF CEO Max Siegel. “Our athletes had a great experience, and we’re happy to introduce Bend to another group of elite athletes who will be competing at an individual level.”

The course will be set around River’s Edge Golf Course, and will be similar to the one used for the 2013 USATF Cross Country Championships with a few changes to the routing.

“I’m thrilled with the updates to the course, and I’m confident it will reward the fittest athletes in the group,” explained Lauren Fleshman, a USATF cross country champion and Bend resident. “This race is going to embody the passion so many of us feel for cross country running and the community of Bend.”

Aside from bringing some of the world’s top athletes to Bend, the event will allow amateur runners and students to compete, with open categories and races geared toward youth. Competition is slated for early February, which is a key reason Visit Bend worked to draw the event to the city.

“Hosting this event is in line with Visit Bend’s mission to bring visitors to the area during slower shoulder seasons,” explained Visit Bend Director of Sales & Sport Development Kevney Dugan. “Not only does it boost our economy during the race itself, but introduces our amazing city to a new group of people who may eventually choose to spend their vacations here.”

“I’m excited to once again have the highest level of cross country competition in Bend,” King said. “Having two years of championships and a world cross country team selection race will help establish a cross country legacy for the course, venue, and the town of Bend for the future.”

To learn more about the USATF Cross Country Championships in Bend, visit this link:http://www.visitbend.com/crosscountry

About USATF:
USA Track & Field is the National Governing Body for track and field, long-distance running and race walking in the United States. USATF encompasses the world’s oldest organized sports, some of the most-watched events of Olympic broadcasts, the country’s No. 1 high school and junior high school participatory sport and more than 30 million adult runners in the United States. For more information on USATF, visit http://www.usatf.org.

About Visit Bend:
Visit Bend is a non-membership, non-profit economic development organization dedicated to promoting tourism on behalf of the City of Bend. We’re a leading provider of information on Bend, Oregon hotels, restaurants, activities, and Oregon vacation planning. To learn more or to order a complimentary Official Visitor Guide to Bend, contact Visit Bend at 1-800-949-6086 or visit http://www.visitbend.com.