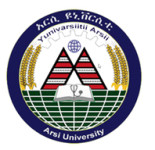 Addis Ababa, Ethiopia – The government will consolidate its efforts to fairly distribute institutions of higher learning across the country in the coming five years.

This was disclosed by Education Minister Shiferaw Shigute during the laying of the foundation for Arsi University at Assella town.

According to Shiferaw, 11 new universities would be opened in different parts of the country during the Second Growth and Transformation Plan period.

Following the attention given by the government in the past 20 years, one fourth of the population of Ethiopia is attending school.

Due to the existing 34 universities and more than 32,000 primary and secondary schools in the country, the coverage of education is growing fast, the minister noted.

The number of students attending government universities, which was less than 10,000, has now exceeded 387,000, it was indicated.

There are more than 30,000 graduate students and 116,000 undergraduates at the institutions of higher learning in the country, Shiferaw stated.

As the regional government has set education top on its agenda, more than eight million students are currently attending schools at various levels, he added.

The expansion of higher education in the regional state is crucial in producing trained manpower in all sectors and meeting the development and growth goals of the country, Muktar noted.

Arsi University is currently teaching more than 11,000 students in the Health, Agriculture, Business and Law colleges under it.