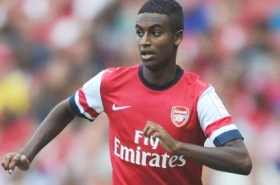 So now there is a new prodigy and we’ll do it all over again, in spite of the loaded history and our better judgment. We’ll do it knowing full well that our impossible expectations cannibalized the chosen ones who came before him.

The boy is called Gedion Zelalem, not yet 18. He is – sigh – the Next Big Thing in American soccer, and he and his career will suffer for it.

Last year, Zelalem’s Ethiopian father acquired a U.S. passport. Last week, the Berlin-born Gedion acquired his own American citizenship. U.S. Soccer quickly moved to secure his eligibility to play for his new country – at the player’s request, it hastened to add.

From 2006 through 2013, the boy lived in Maryland, after playing in Bundesliga club Hertha BSC’s youth academy back in Germany. He was discovered by Arsenal and is now said to be the next Cesc Fabregas. Which is to say he is a world-class playmaker in the making. The USA has never had a world-class playmaker.