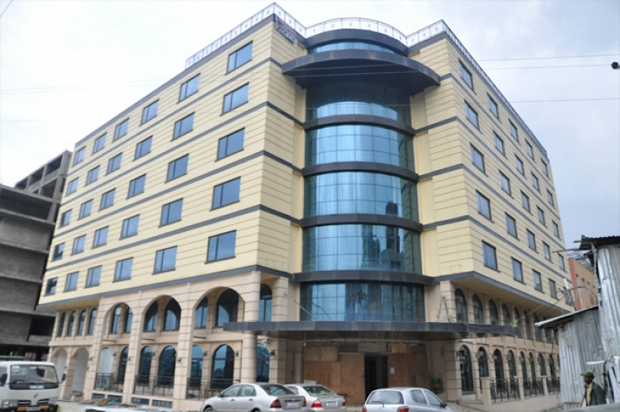 Golden Tulip Hotels and Resorts, managed under Louvre Hotel Groups, will be officially operating by joining the booming hotel industry in Addis Ababa in three months with a plan to build its 4-Star hotel, the owner of the Hotel Aschalew Belay told The Reporter.

Consulted by Calibra Hospitality Consultancy, the planned four-star hotel building has already been erected at the cost of over 200 million birr on 1,500sq.m. of land near Bole Medhanialem church.

According to Aschalew, the negotiation process to secure the brand has taken around seven years.

Louvre Hotel Groups is identified as one of the largest European Hotel Groups and is considered to be a key player in the global hotel industry with more than 110 hotels in 43 countries.

Managed under Louvre Hotel Groups, Golden Tulip is a 4-Star Hotel combining international standards and local flavors in over 30 nations around the world. It will have its 31st brand in Addis Ababa, should things go according to its plan.

The two companies are set to have their official signing ceremony scheduled for late in the afternoon today at Addis Ababa Hilton.

In a related development, The Reporter has also learnt that Aschalew Belay Hotel Projects is in negotiation with Hilton International to secure the brand.

However, the company is still waiting to sign a letter of intent by next week before it signs a formal agreement that will enable it to have another 4-Star hotel under the Hilton brand, Aschalew Belay, owner of Golden Tulip Hotel, told The Reporter.

Aschalew Belay Hotel Projects is a sister company of the famous Belay Ab Car Assembly and Belay Ab Cable Factory. Apart from this the owner of the car assembly is engaged in various development projects including in construction (Luis Construction, Elegant Building material), Agro-processing (Key Stone Agriculture with a Soya bean farm, poultry farm, and an under-establishment pig farm).