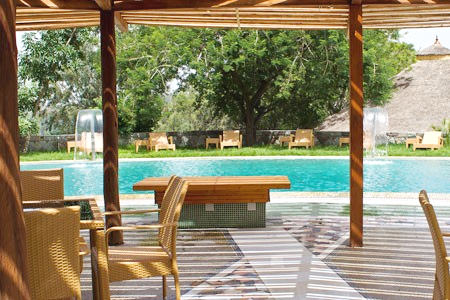 The renowned resort in Bishoftu town, Adulala Resort and Spa, is undertaking an expansion project in its establishment at a cost of more than 20 million birr.

Owner and general manager of Adulala Resort and Spa, Asrat Legesse (PhD), told The Reporter that his company is undertaking the expansion project with the view to satisfying the demands of its customers. Asrat said a three-storey building is being built in the premises of the resort in Bishoftu town at a cost of one million dollars.

Adulala Resort has 50 suites, a conference hall with a 250-seat capacity. There are also two conference rooms each accommodating 50 participants. “We host meetings organized by NGOs and international organizations. They come in small number. So we need to build new conference rooms with smaller capacity,” Asrat said.

The new conference rooms will each have the capacity to accommodate 80 people. According to Asrat, all the existing 50 bedrooms are large in size. “Conference attendees do not need large rooms. So based on our need assessment, we are building 50 standard rooms,” he said.

The expansion project was launched six months ago and it is planned to be finalized within a year and a half.

Adulala Resort and Spa was built on 70,000 sq. m. of land secured from the Oromia Regional State on a 49-year lease agreement with ten birr per sq/m. The construction, which cost the company five million dollars, took five years. The resort opened its door in June 2012. 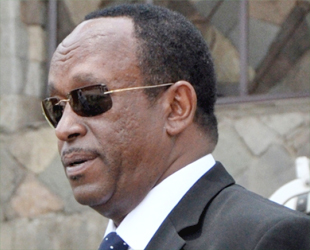 According to Asrat, the resort is profitable from the first month of operation. “There is enough market for all of us. It can even accommodate new resorts.” The resort generates an annual revenue of 36 million birr. Asrat is planning to build a second resort in the rift valley on Lake Langano.

“The major challenge is the dearth of well-trained and experienced professionals. Power outage is another major problem. After you got the investment license you face so many challenges and there is no one who listens to your cries and take appropriate measure,” Asrat said. “If we make some corrective measures we have a beautiful country with lots of resources,” he added.

He acknowledged the support he received from the former Foreign Minister, Seyoum Mesfin, who invited him to invest in Ethiopia and Muktar Kedir, president of the Oromia Regional State, who helped him secure the plot of land in Bishoftu town.