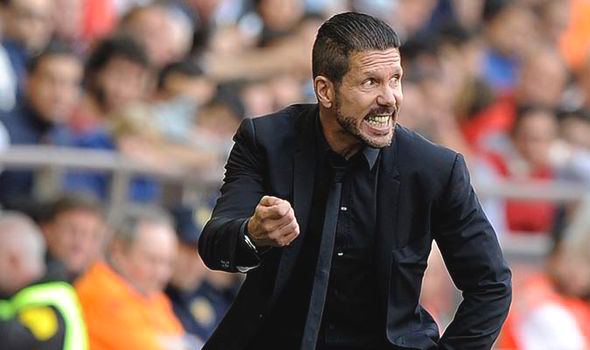 Atletico Madrid coach Diego Simeone has been hit with an eight-match suspension following his conduct during the Supercopa de Espana clash with Real Madrid.

Simeone was sent from the dugout in the first half of the second leg at the Vicente Calderon on Friday after arguing with the officials on the touchline. He then patted the fourth official on the head and sarcastically applauded the referee before heading to the stands.

The Argentine said earlier that he was willing to “pay the price” for his indiscretion, and the Spanish Football Federation (RFEF) has now deemed fit to punish him for four separate acts of misconduct, totalling an eight-match ban from the touchline.In an official statement, the RFEF confirmed that Simeone has received a two-game ban for excessive protests over a decision, a four-game ban for striking the fourth official and two additional one-game suspensions for applauding the referee before continuing to remonstrate from the stands.Simeone has also been hit with a fine totalling 4,805 euros for the incidents, while Atletico has also been issued a financial punishment.The 44-year-old has 10 days to appeal against the sanction, which the RFEF has determined must be served during four La Liga matches and four Supercopa games, meaning he will miss the trip to Real Madrid on Sept. 13.