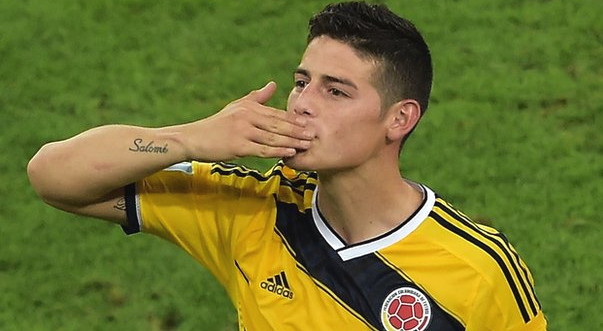 The 23-year-old Colombia forward has agreed a six-year deal at the Bernabeu.

The reported fee of about 80million euros (£63m) makes Rodriguez the fourth most expensive transfer of all time after Gareth Bale, Cristiano Ronaldo and Luis Suarez.

Rodriguez scored six goals in five matches at the World Cup as his side reached the quarter-finals.

He scored against Greece, Ivory Coast and Japan as they topped Group C before netting twice, one a sublime volley, during the 2-0 last-16 win against Uruguay, which was voted goal of the tournament.

Rodriguez’s final goal was a late consolation from the penalty spot as Colombia lost 2-1 to Brazil.