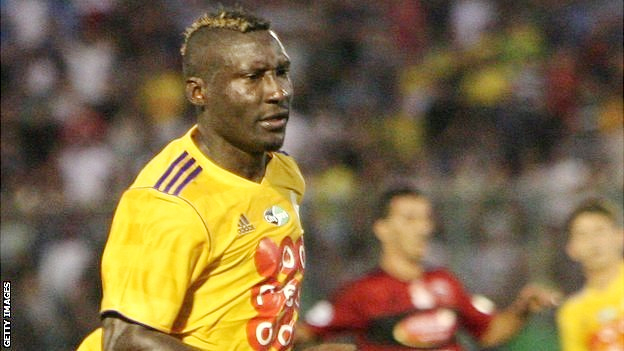 Algeria has suspended football indefinitely following the death of Cameroonian player Albert Ebosse, who was hit by a stone thrown by fans.

The Algerian Football Federation made the decision after a meeting on Sunday.

Ebosse, who was 24, was struck on the head when leaving the pitch after his side JS Kabylie‘s home defeat by USM Alger in Tizi Ouzou on Saturday.

Algerian authorities had already ordered the indefinite closure of the 1st November 1954 stadium.

That ruling will now apply to all stadiums in the country.