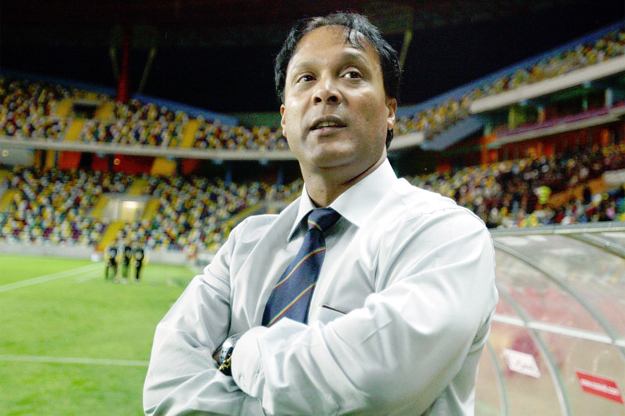 In an exclusive interview with Soka25east.com the soft spoken Mariano attributed the tour to having molded the team and help build capacity ,camaraderie and team work .

“I am  happy with the tour in Brazil,  we achieved to work well to  give other kind of experience and conditions to the players.The players  had for the first time top fields to work from , top hotel to rest, top food for nutrition  a real preparation for the first time in their lives as footballers , and faced good level clubs who allowed them to experience a different level of football generally i am   happy with the work done in Brazil and for the opportunity that we gave to the players”

On his thoughts about tough Opponents Algeria and if he had settled for his team,Mariano was forthright

“Algeria is a strong team as everybody knows, they are fully motived after a sucessfull World Cup, of course their team can’t  be compared to Ethiopian side because Algeria has several top players playing in Europe so the difference with the Ethiopian is big but i have confidence in a victory against Algeria in our first match”Mariano told Soka25east.com

Mariano also alluded to the fact he wanted to watch Europe based players Walid Atta,Yousuf Salaha and Amin Askar who he hopes to include in his team while also intimating that the form by Umed Ukouri, Salhadin Said and Getaneh Kebede in their respective clubs was reassuring .

“‘I want to see the Europe based players Amin Askar,Walid Atta and Yousuf Salah to access them because it will be important for our preparations and i am happy the likes of Salhadin,Umed and Getaneh are in top form which will be important  for the match against Algeria”He Added

Mariano has not yet decided  on the  final team yet  as he waits for to announce the squad in Addis Ababa.Ethiopia travel back to Addis Ababa from a successful Brazil tour on the 26th August to continue with their preparation ahead of the September 6th game to be played at the National Stadium,Addis Ababa.