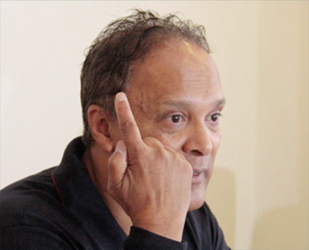 Addis Ababa, Ethiopia -Â The Ethiopian National Football Team head coach, Mariano Barreto, said that Ethiopia should be considered a star before anyone.

At a press conference he held with journalists last Thursday, he said that the purpose of any sporting activity is to represent a sovereign state and players can never become stars by violating this rule.

He said this after criticizing the conduct of some selected players who didnâ€™t give proper responses to his calls. â€œThere is no star other than Ethiopiaâ€ he exclaimed. A Portuguese national, Barreto also stated some of the hurdles he has faced since the day of his appointment as a head coach of the National Team side of the Waliyas. â€œI can promise we can reach the CAF in Morocco in 2015, but there is a tough road ahead of us,â€ he said.

Despite the provisions he has been delivering since his arrival he says he has learnt many things. From organizational problems in the Ethiopian Football Federation to the system, he reacted critically. According to him, the very thing to be done is organizing the structure of football to find out talents that should represent such a vast and proud nation. In this regard, he said that the Ethiopian Football Federation Â should facilitate things. â€œMy focus is on an under-20 team, and establishing a certain group contest to scout talents ahead of the CAF qualification matches,â€ he said.

According to him, he has already submitted his proposal to the Federation and is waiting for a reply as the premier league approaches its end. â€œThis is what I think should be done before playing for the qualifications,â€ he asserted. He said that Ethiopia was absent for three decades in the continental football competitions and if it fails to do so this time around, it should at least come back stronger and well-built to qualify for the next tournament.