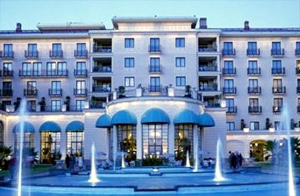 Addis Ababa, Ethiopia – The Sheraton Addis, the Luxury Collection hotel located off Taitu Street, has laid off over 60 of its employees who have been working there for up to 16 years, The Reporter learnt.

Some workers approached by The Reporter said they had been told to leave the hotel’s premises before dawn as their contracts had been terminated. Most of the employees were working night shifts before they were given their marching orders. They also indicated that they were forcefully escorted out by hotel security in the wee morning hours of July 28.

They also told The Reporter that they had been summoned to the Human Resources Department and given the contract termination papers before they were fully removed from the compound.

They also lamented that they found the hotel’s decision “shocking and overwhelming” as they claimed they “were thrown away from their duty, they have been working for over ten years with all due discipline and commitment.”

The Reporter’s repeated attempts to solicit comments from officials of the hotel were unable to bear fruit. However, it was understood from the letters of termination issued to workers that the hotel’s management decided to lay off these workers in order to keep the company’s image intact, which is frequently tarnished by unhealthy relationships among the management and the workers. The letter of termination, jointly signed by Director of Human Resource Department, Edna Tamondong and by the General Manager of the Hotel, Jean-pierre Manigoff, also noted that the management’s harsh decision was “intended to safeguard the general safety of the industry.”