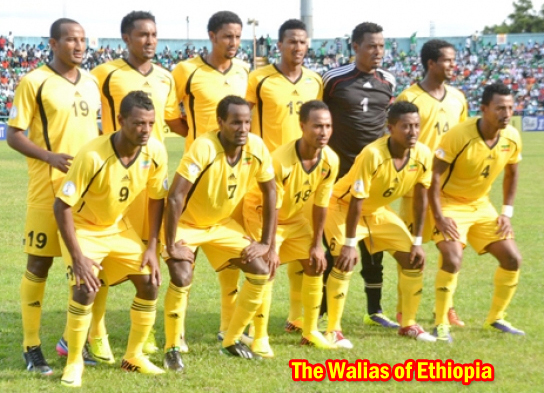 Addis Ababa, Ethiopia – The Walias, as the Ethiopian national football team is affectionately known, will travel to Luanda on Wednesday to play a friendly match against the Angolan Palancas Negras on Sunday, according to Wendemkun Alayu, the Public Relations officer of the Ethiopian Football Federation (EFF).

The EFF said that the match will serve the team as a good preparation for its upcoming match against the Fennecs of Algeria for the 2015 Orange Africa Cup of Nations, which be held in Morocco.

Coach Mariano Barreto is expected to announce the team either today or tomorrow.

Meanwhile, the EFF noted that after the team returns to Addis, the Walias will embark on a 17-day travel to Brazil where they will play 5 friendly matches against Brazilian clubs.

The Walias will also play 2 friendly matches against the Egyptian Pharaohs in August.