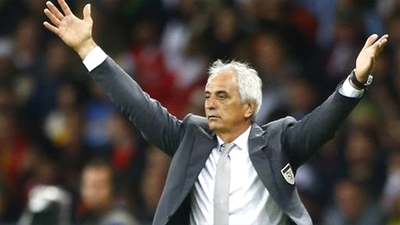 Algeria coach Vahid Halilhodzic has left his role despite a personal plea from the country’s president to stay.

The Bosnian steered the Desert Foxes to the World Cup knockout stage for the first time beforeÂ they lost 2-1 in extra time to GermanyÂ in the last 16.

Algeria president Abdelaziz Bouteflika asked Halilhodzic to stay but he cited “the lure of a new sporting challenge” as one of the reasons for going.

The 61-year-old is expected to named the new coach of Trabzonspor in Turkey.

AÂ 1-1 draw against RussiaÂ was enough to secure a place in the second round and spark mass celebrations in Algeria.